At the recent Business Camp in Limerick I met with Daniel Hunt, Technical Director of Curbl.com. The site allows you to easily record how you spend your money, will notify you when you have bills coming and provides you with easy to understand  graph and reports. 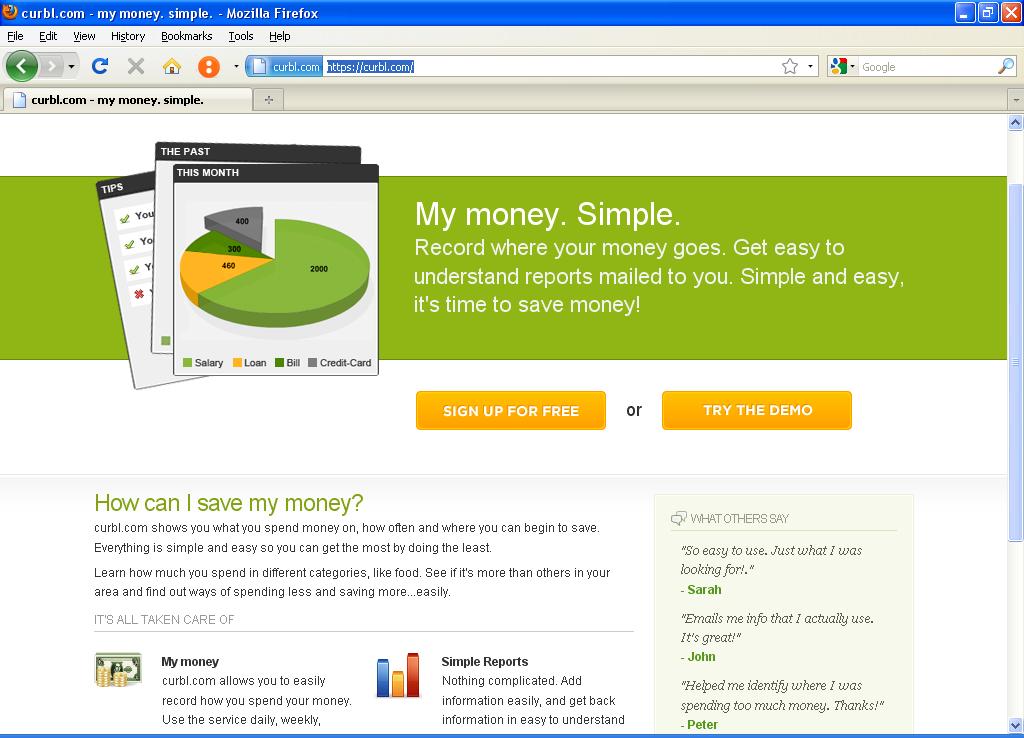 curbl.com the easy way to save money

I spotted this video which highlights the importance of choosing a reliable wedding car to bring you to and from the church on your wedding day. Of course any car can break down but always try and get a reputable reliable car and chaffeur for your wedding day. Thankfully in the video they got the car going but it could have easily ended up badly. At least now the couple have a good story to tell of what might have happened 🙂

This blog is usually geared towards offering helpful tips to brides and grooms preparing for their wedding. But as many wedding suppliers also read it I thought I’d share an idea with them also.

As we all know a referral from a trusted source is a fantastic way of gaining new business. One very simple way for any wedding supplier to be remembered and possibly talked about by a couple after the wedding is to send a simple ‘Happy Anniversary’ card for their first anniversary.

We celebrated our first wedding anniversary a couple of months ago and didn’t receive one single card from any of our suppliers apart from the Hotel who sent a voucher for a meal for two.

We weren’t expecting any, and the thought hadn’t even crossed our minds that they would. However such a simple gesture would have meant something to us. That it wasn’t just a case of ‘I’ve gotten my money, Thanks and good luck’. I’m not having a snipe at any of our wedding suppliers, they were all fantastic on the day and I would recommend them to anyone. But a year later a lot of people would have to think hard about who they got to do what. A simple card would be a great reminder.

Any supplier could add their own little twist to it to generate further sales; A gift voucher from the Jeweller, Beautician, Florist, Wine Merchant etc.

The wedding photographer and videographer are in a great position however to really benefit. They could easily create a quick little video to share with the happy couple. They’ve already got the footage and photos. Then with the couple’s permission, afterwards it could be uploaded to YouTube, where the couple could share with their friends on Facebook, Twitter and whatever other networking sites they are on.

It is very easy to do. I created one myself using Animoto as a surprise for my wife. You can see it below. She immediately posted it to her Facebook profile.

Now can you imagine if it had been our photographer who created it. Would we have told everyone about it? How great he was? What a fantastic job he had done? Of course we would! He could even have put his details on the end of the video.

My advice to wedding suppliers is simple. Your past customers are one of your greatest resources and will happily refer you to others. Just give them a reason to do it. Don’t just take the money and run just because you won’t be expecting repeat business from them.